Janmashtami Special Songs: Without songs, the fun of the festival seems fuzzy. That’s why Bollywood also made many such special songs that double the celebration of Janmashtami.

The festive months have started in the country. Recently the festival of Rakshabandhan was celebrated. At the same time, today is the birth anniversary of Lord Krishna. Let us tell you that today is the festival of Janmashtami. The birth anniversary of Shri Krishna is celebrated across the country. Devotees celebrate Janmashtami like Diwali. Not only among the common people but also in Bollywood, this festival is celebrated with great enthusiasm. Any festival without songs seems in vain. Many such songs have also been made in Bollywood regarding Krishna Janmashtami, which you will also be shocked to hear.

Wo Krishna Hai
The song of Vivek Oberoi’s film Kisna is still on people’s lips. This song is often played first on the occasion of Janmashtami. This song was picturized by Vivek Oberoi and Isha Sharvani.

Radha Kaise na Jale
The name of Aamir Khan’s film Lagaan is also included in this list. This film was released in the year 2001. People can still hear the song ‘Radha Kaisi Na Jale’ from this film. This song was decorated by Lata Mangeshkar and Udit Narayan with their voices. This song is often heard on the occasion of Janmashtami.

Maiyya Yashoda
The film Hum Saath is counted among the superhit films of Bollywood. Every single song of this film was very much liked by the audience. People still like the song of the film Maiya Yashoda very much. Apart from Karisma Kapoor, this song also features Sonali Bendra and Tabu.

The song ‘Mohe Rang De Lal’ from Deepika Padukone and Ranveer Kapoor’s starrer film ‘Bajirao Mastani’ is also included in the favorite playlist of Janmashtami. This song is picturized by Deepika Padukone. Pandit Birju Maharaj and Shreya Ghoshal have decorated the song in their own voice. 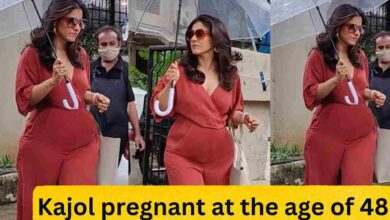 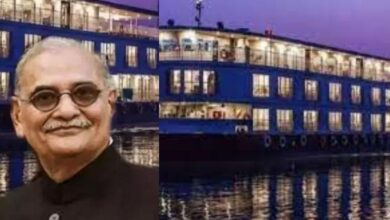 Know who the owner of Ganga Vilas Cruise Everything About