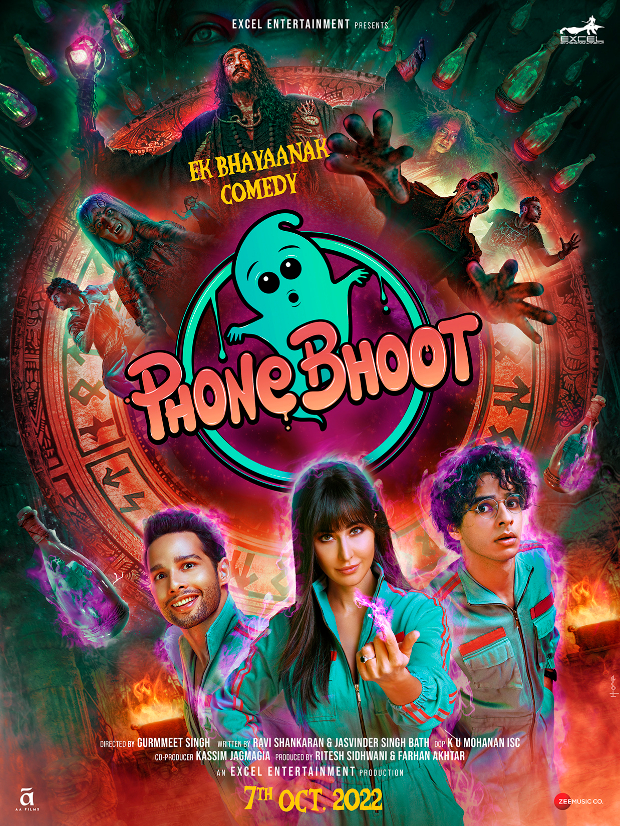 Along with the release date, Farhan Akhtar unveiled the first poster of the film. He wrote, “#PhoneBhoot ki duniya mein aapka swagat hai. Arriving on 7th Oct, 2022 at cinemas near you.”