The International Cricket Council – ICC ie International Cricket Committee has announced the best players and team of the decade. In this, the Best ODI XI has also been announced by the ICC. In this team of the best 11 players of the last 10 years, three players have been given place by the Indian team. The most important thing about this team was that the captaincy post of this ODI XI team of the decade has been handed over to Mahendra Singh Dhoni.

Apart from this, Rohit Sharma also showed a strong game, while during this decade Mahendra Singh Dhoni also won two major ICC tournaments, a World Cup and a Champions Trophy as captain.

The ICC’s ODI team of the decade includes three players from the Indian team, two from Australia, two from South Africa, one from Bangladesh, one from Sri Lanka, one from England, and one player from New Zealand. No player from Pakistan and West Indies could get a place on this team. At the same time, the names of Rohit Sharma, Virat Kohli, and Mahendra Singh Dhoni come on the list of players included in the Indian team.

The way Australia’s legendary opener David Warner has made his presence felt, he also deserves it. At the same time, seeing the kind of game shown by former South African player AB de Villiers in this format, the team seems to have made his place.

Their additional bowlers have been shown to have impressive play by Mitchell Starc, Trent Boult, Imran Tahir, and Lasith Malinga, so they are also a must. However, no player from Pakistan and West Indies could get a place on this team. 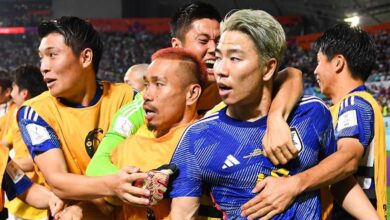