Shahrukh Khan And Rajkumar Hirani Photo Leak: Bollywood director Rajkumar Hirani’s film ‘Dunki’ remains in the headlines these days. There is tremendous excitement among the fans regarding this film. The shooting of ‘Dunky’ is going on continuously. At the same time, during the shooting, a photo from the set is going viral on social media in which Shahrukh Khan is seen.

In this photo, you can see that Shahrukh Khan is standing with director Rajkumar Hirani and discussing about a scene. There is no place for happiness among the fans after this photo surfaced. It is clearly visible in the viral photo that a scene is being shot and Rajkumar Hirani is talking to Shahrukh Khan. Not only this, the crew members are also seen in the photo.

This is not the first photo that is going viral, even before this many photos have come out from the set of Dunky. Recently another photo was leaked from the set in which Shah Rukh Khan was seen with actress Taapsee Pannu. In this photo, Shahrukh Khan was seen sitting on his knee, while on the other hand Taapsee Pannu was seen standing beside him and laughing. Fans are reacting fiercely after these photos surfaced.

Shah Rukh-Taapsee’s ‘Dunky’ will release in December next year. Along with this film, he is also working in ‘Jawan’ and ‘Pathan’. Not only this, the fan following of Shahrukh Khan is tremendous and the fans are eager to see his films. He will be seen on screen after a long time and now fans are eagerly waiting to see King Khan on screen.

Malaika Arora got such a photoshoot done wearing lace clothes 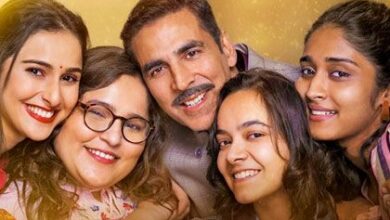 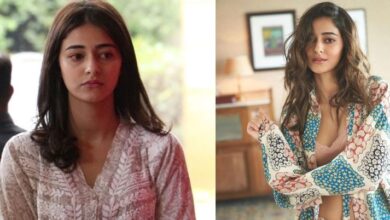