The Marathi movie Godavari is soon going to appear in theaters this year on November 11. Actor-producer Jitendra Joshi announced the release date on August 17. Godavari was primarily set to release on May 1 of the previous year but the global pandemic Covid19 pushed the date behind.

Last year the teaser came out and the fans were thrilled.

The film had its World premiere on October 4, 2021, and then the film was selected at the New Zealand International Film Festival on November 10, 2021.

The film also became the opening film of the New York Indian Film Festival which was screened on 7th May 2022.

After touching people’s hearts in Vancouver, New Zealand, Goa, and Pune – Godavari now has the honour of being the opening film at The New York Indian Film Festival. And this time around, we have a new member in our family who we are extremely happy to have on our side.

Nikhil Mahajan, the director, explained his gratitude saying “I am honored and humbled that ‘Godavari’ has been selected as the opening film at the New York Film Festival. We made this film with pure intent and we shot this film in sixteen days during the pandemic. I am thankful to Jio Studios for trusting me and believing in my vision. The film’s selection is a motivation to keep telling stories I truly believe in.”

This 15 crore budget movie tells the story of Nishikant and his family that lives on the banks of the Godavari River in Nashik. The story revolves around the ups and downs and the emotional turmoil that the family deals with.

JioStudios released the trailer on YouTube a few days ago and it received a great response from the audience. 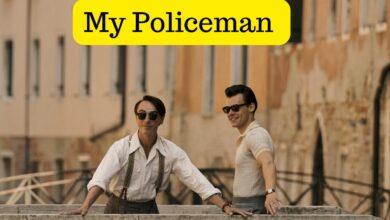