Veteran actor Anupam Kher reminisces about the year 2004 when he almost went bankrupt. 67-year-old Anupam is currently on cloud nine after his new film Uunchai became a success at the box office. After the success of The Kashmir Files and Kartikeya, this is Kher’s third film this year to hit the theaters.

To his mother, Anupam is absolutely the opposite of the character he plays on screen, “My mother said ‘you are not like Om Sharma in real life at all and so did my brother. And, that is the truth. Om Sharma is irritable and orthodox and he does not want change. I am the complete opposite. That in itself was a great compliment.”

This legendary actor often surprises his fans by showing workout routines on social media, he proves once again that age is only just a number.

Chatting with Hindustan Times, the Hum Aapke Hain Koun actor recalls a time when he suffered from facial paralysis. He mentions, “I got facial paralysis before a major scene in Hum Aapke Hain Koun and the doctor had asked me to stay at home for two months and cancel the shooting. I went to the sets and finished the shooting the same day.” Anupam continued the chat and defined himself as the ‘sum total of my failures. “In 2004, because I am not a business-minded person, I almost went bankrupt and then started all over again. I am a sum total of my failures.” Kher announced.

“I am very happy that the film has received such love and is doing well commercially too.”

Anupam ends the chat session by declaring that unlike other people in their 60s who are planning their retirement now, he is only getting started and retirement can wait.

“People started calling me thespian, veteran, and legend – which meant you should be given a lifetime achievement award and walk into the sunset. But I refused to do that. I went abroad and did an American series. After turning 60, people think about retirement but I started building my body.” 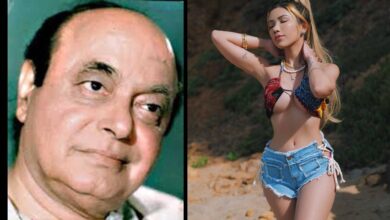